Quartz is one of the hardest substances found on earth and perhaps one of the most useful. We not only see it in quartz worktops but jewellery and the lenses for optical instruments. It is also found as part of many other natural stones, including granite.

It is by far the most abundant mineral on Earth, accounting for around 12% for the top crust and occurs in crystal form in its natural state. Crystals can vary from very small, to quite large. In fact, one of the largest quartz crystals ever found was in found in Switzerland and weighed more than 600 lbs.

What is Quartz Made of?

Quartz is formed from Silicon and Oxygen which combine to make Silicon Dioxide.

The range of crystals in the Earth’s crust depends largely on how they were formed, at what temperatures and whether they contain impurities. These factors can change the shape and colour of the crystal. 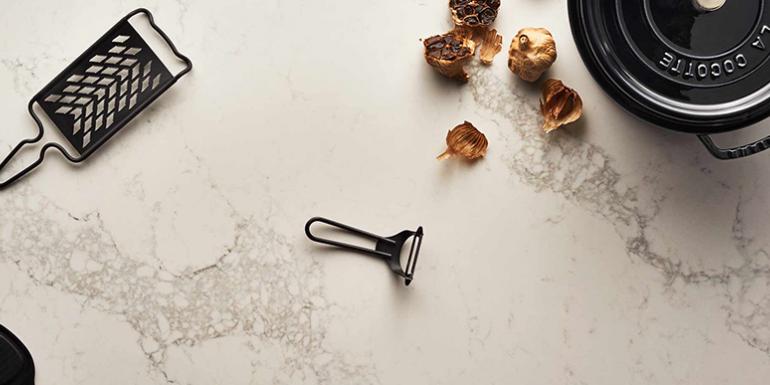 Quartz has been known since ancient times and revered by civilisations such as the Egyptians and Mayans.

It has been thought to have very mystical qualities and the Celts called it many names including grian cloch or stone of the sun.

It is used today by many so called faith healers.

It’s as a material for building that quartz has come into its own. It is one of the most durable substances known to man. Crushed quartz, combined with resins and pigments make up your quartz worktops, as hard as natural stone and just as durable.